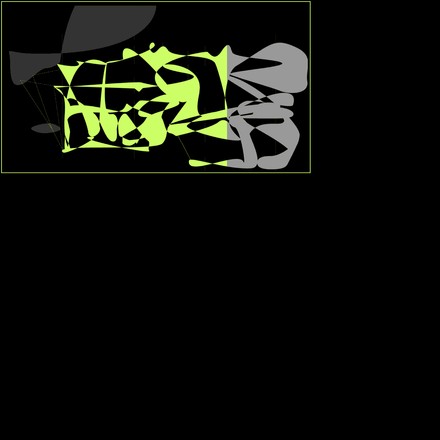 'As political and economic forces have come to shape the perception of culture, (art) education—regarded as a place of cultural production—has fallen behind. Education and learning need to reclaim space, as they are means to participate in politics, creating forms of political socialization.'
—Bik Van der Pol, course director

The School of Missing Studies takes its title from an ongoing project initiated by Bik Van der Pol in 2003, in collaboration with artists, thinkers, and architects. Since its initiation, The School of Missing Studies (SMS) has functioned as a nomadic, collaborative platform for experimental study and research of the public environment (public space, public time, public good) marked by, or currently undergoing, abrupt transition. In 2013, SMS will also operate as a one-time only, two-year Master's program at the Sandberg Instituut in Amsterdam. Following the observation that singular disciplines sometimes fail to discern or capture significant knowledge about uncommon or unprecedented situations, SMS brings together practitioners with diverse educational or professional backgrounds, who share a common ideal to make 'the missing' their mission and are interested in (artistic) practice as a modus operandi for imagination and productive speculation. Both art project and Master course, SMS proposes to find common and uncommon grounds for research and practice, from where acute political, social, educational and urban challenges can be articulated and further debated. The School of Missing Studies will run from September 2013 to July 2015.

SMS strongly believes in the intrinsic qualities of artistic practice as a means to disclose—make public—what is at stake in public space. As a platform for experimental learning, SMS considers education as a site of experience and encounter, a strategy for emancipation, and a potential response to public issues. While functioning as a collective space of discourse, analysis, and experimentation, SMS also turns to itself—the space of education—as a model and manifestation of 'publicness,' taking the paradoxical but necessary form of a 'closed' study program. Within the institutional setting of the art school, SMS proposes to formulate a notion of artistic practice that is articulated in dialogue with other fields of knowledge, and that could generate a political attitude towards the need of a more 'general' practice for effecting change and innovation in society, that takes the speculative, the undefined—'the missing'—into account. SMS welcomes students who believe in education as a public good and wish to act on that. As Henry Giroux points out: "Pedagogy not only provides important thoughtful and intellectual competencies; it also enables people to act effectively upon the societies in which they live."

This pioneer program is open to a maximum of 12 students from varied backgrounds including, but not limited to, arts, design, architecture, and social and urban sciences.

Read more on our webpage at www.sandberg.nl
Inquiries and information: sms -at- sandberg.nl
Follow us on Facebook.

Bik Van der Pol
The artistic practice of Bik Van der Pol is collective, leaving the studio as a place of production and using the artistic workplace itself—practice—as a site for research and production. This conscious political and artistic choice has set the conditions for a (social) space generated by dialogue and collaboration where an encounter may happen that might result in a work of art. www.bikvanderpol.net

in its original incarnation, 2005-2008 School of Missing Studies, Balkans 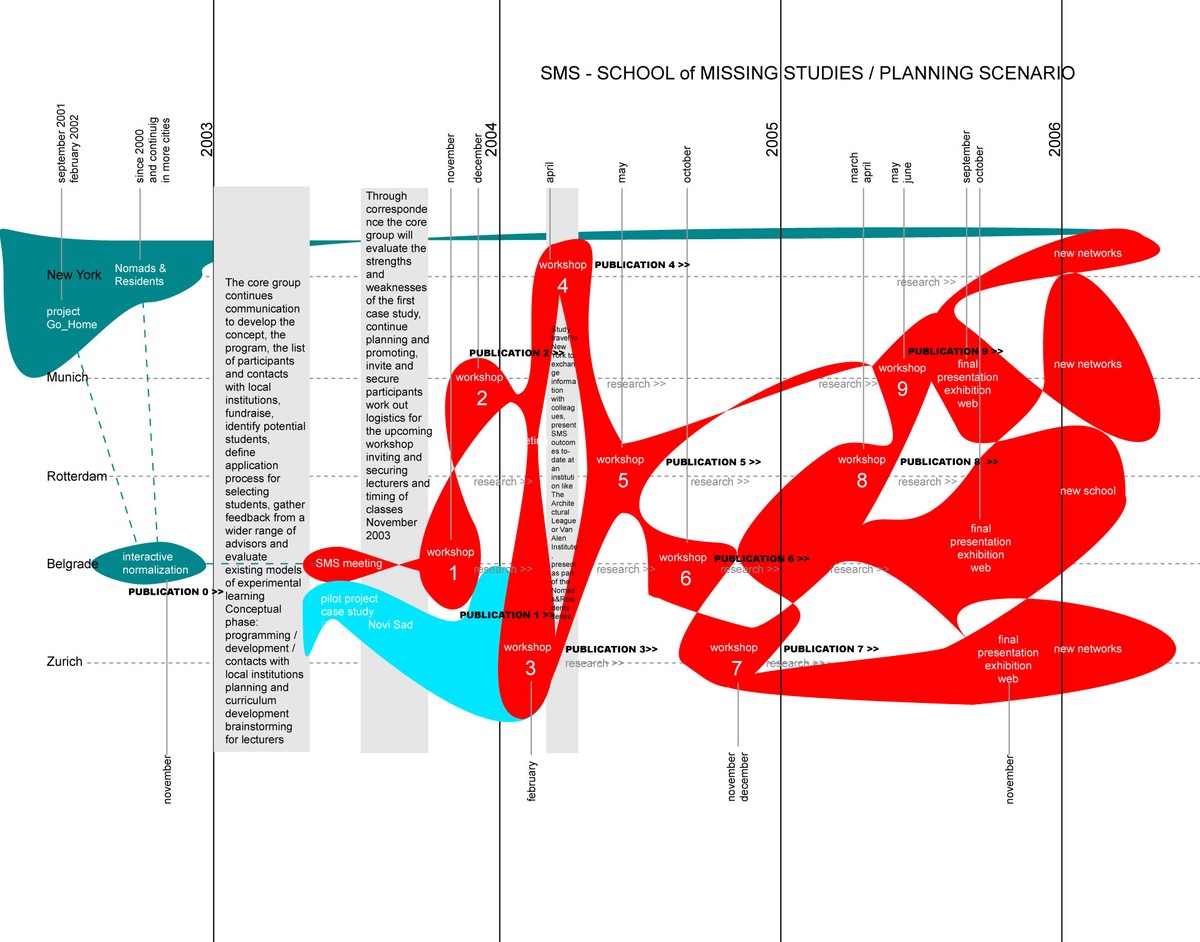 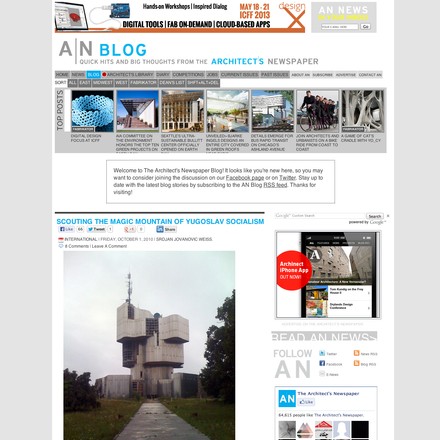 The School of Missing Studies and Slought Foundation have recently returned from a "photo safari" to Petrova Gora in Croatia, one of many languishing memorials from the socialist era of the former Yugoslavia. 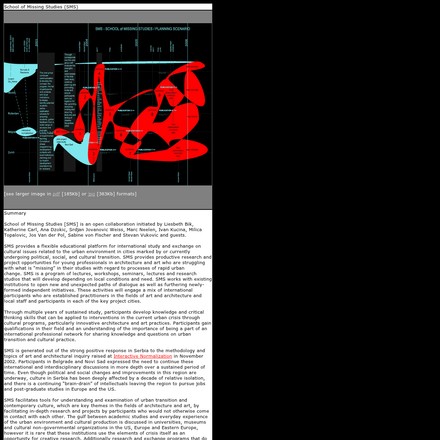 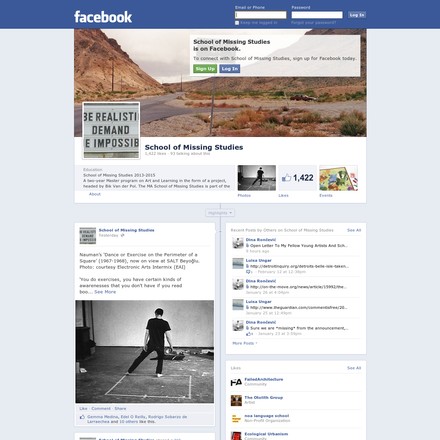 School of Missing Studies, Amsterdam, Netherlands. 1,422 likes · 93 talking about this. "As political and economical forces have come to shape the perception of culture, (art) education - regarded to be a place of cultural production - has fallen behind. 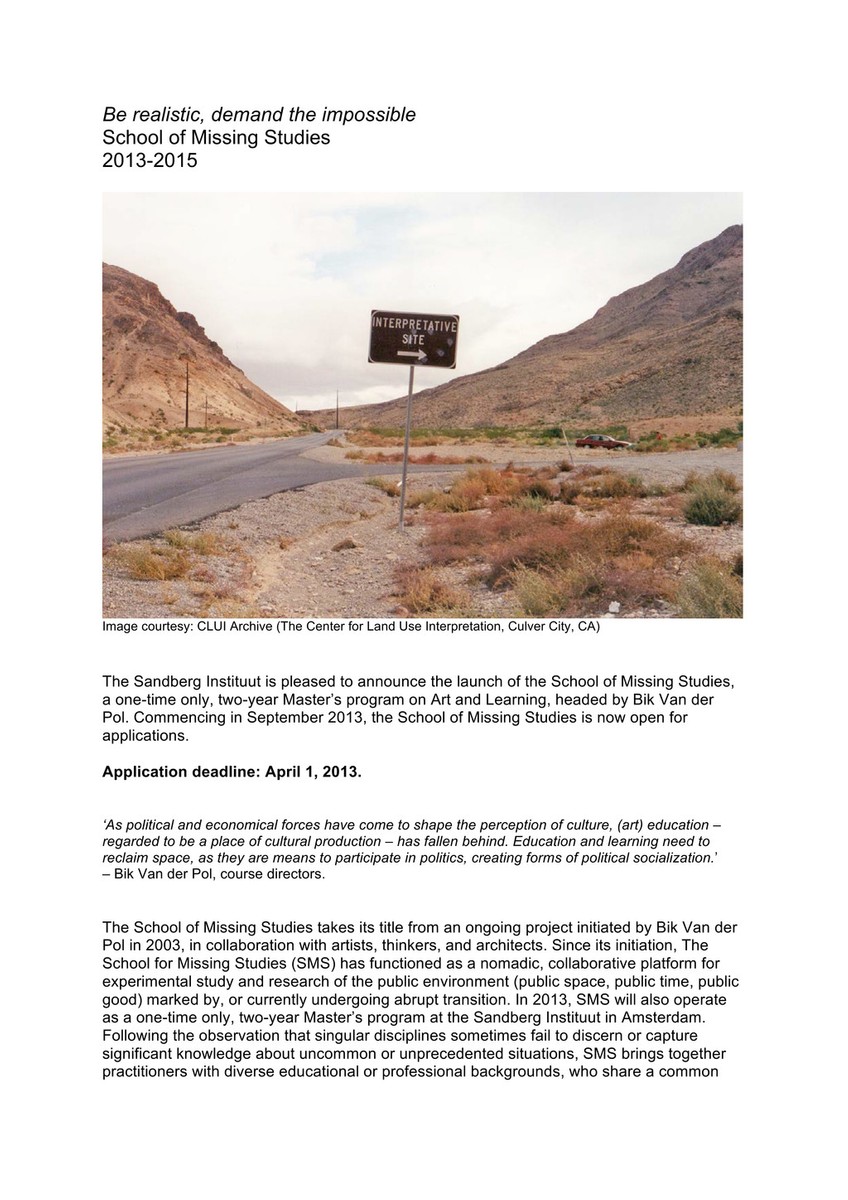